The origins of the Pina Colada (which literally means strained pineapple, a.k.a. fresh pineapple juice), are quite debated. There are a few versions of the story, but they all have one thing in common: they all attribute the origin of the drink to Puerto Rico.
Our favourite version dates back to early 19th century and features Puerto Rican pirate Roberto Cofresì, aka El Pirata Cofresì. Apparently Cofresì gave his crew a drink to cheer them up and improve their morale. The drink was created by mixing rum with coconut and pineapple. This was considered the first version of the famous Pina Colada.
Although we really like this version of the story, this theory has been disputed various times during the course of history. On the other hand, the most widely accepted version of the story attributes the birth of the Pina Colada to Caribe Hilton Hotel’s bartender Ramon “Monchito” Marreo. Apparently it took him three months to improve the recipe to perfection after the hotel asked him to create a new signature drink. 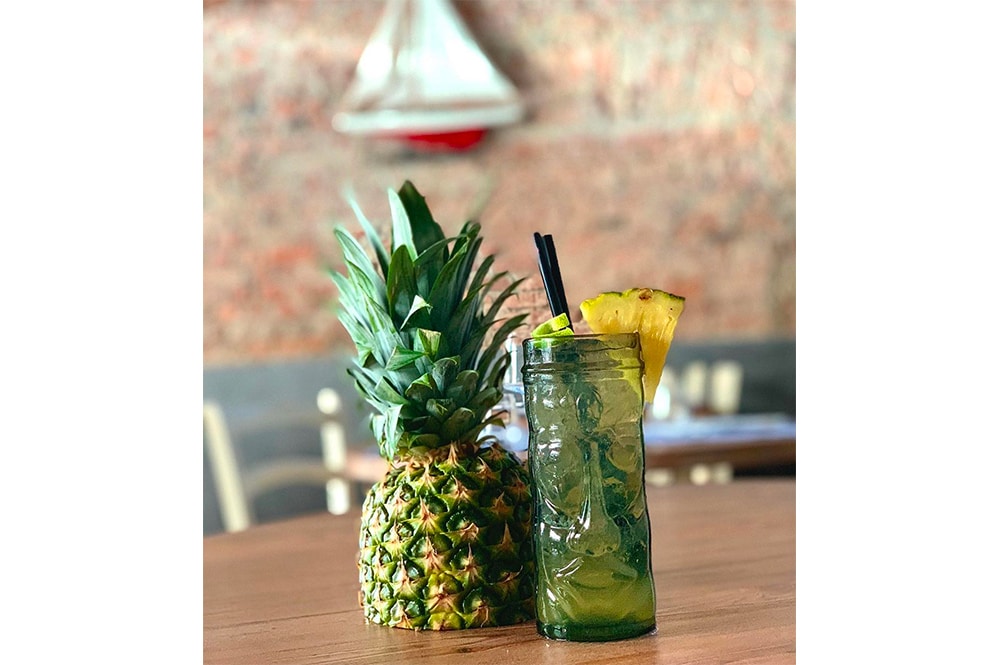 Looking for something refreshing to drink on this hot summer day? ☀️An ice-cold pina colada is probably as refreshing as a cocktail can get. The real question now becomes, are you able to make the perfect pina colada?🍍

First of all, let’s start by saying that there are two ways in which you can make a pina colada: there is the blended version (the original one), and the shake version (in case you don’t have a blender).
If you have a blender, simply pour 50 ml of White Rum, 50 ml of fresh pineapple juice and 30ml of coconut cream in the blender, add some fresh pineapple and some ice, and blend everything. Finally, pour into a specific glass, and garnish with a slice of pineapple and a pineapple leaf.
If you are stuck with a shaker and no blender, you can simply pour the 50ml of White Rum, the 50ml of pineapple juice, and the 30 ml of coconut cream, in the shaker. Add ice and shake everything. Finally, pour the liquid in the proper glass, filled with crushed ice.
Are you a big fan of Pina Colada? Which one is your favourite version of the Pina Colada? #cocktailsmachine#shakeiteasy

This website uses cookies to improve your experience while you navigate through the website. Out of these, the cookies that are categorized as necessary are stored on your browser as they are essential for the working of basic functionalities of the website. We also use third-party cookies that help us analyze and understand how you use this website. These cookies will be stored in your browser only with your consent. You also have the option to opt-out of these cookies. But opting out of some of these cookies may affect your browsing experience.
Necessary Always Enabled
Necessary cookies are absolutely essential for the website to function properly. This category only includes cookies that ensures basic functionalities and security features of the website. These cookies do not store any personal information.
Non-necessary
Any cookies that may not be particularly necessary for the website to function and is used specifically to collect user personal data via analytics, ads, other embedded contents are termed as non-necessary cookies. It is mandatory to procure user consent prior to running these cookies on your website.
SAVE & ACCEPT
Go to Top